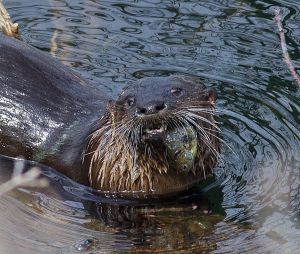 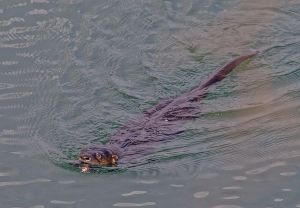 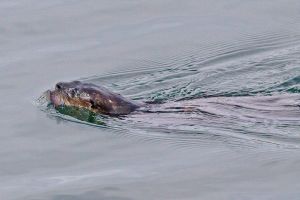 THIS OTTER WAS HAPPILY CATCHING AND EATING FISH AT LAKE RUNNEMEDE IN WINDSOR, VERMONT ON APRIL 23, 2015

AMERICAN KESTREL GETS THE WORM !

I was watching a female Kestrel fly to a rooftop where it seemed to be watching a Robin. Suddenly it descended on the Robin, and I expected trouble for both birds, since a Robin is mighty big prey for a Kestrel. They are about the same size.  So I was surprised to see the Kestrel on the ground alone.  Then it flew up to a telephone wire…with the Robin’s worm!  After a (presumably) tasty meal, she flew off. I later saw the robin in the same space, apparently searching for a new meal . 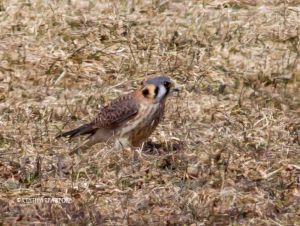 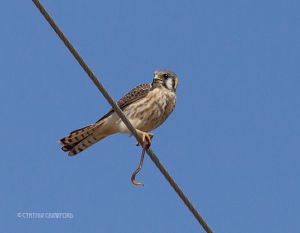 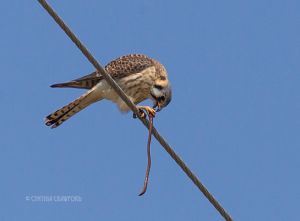 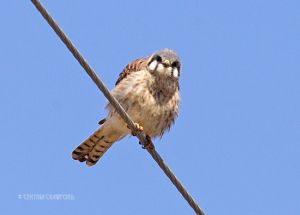 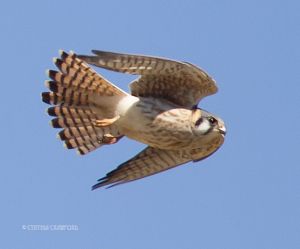